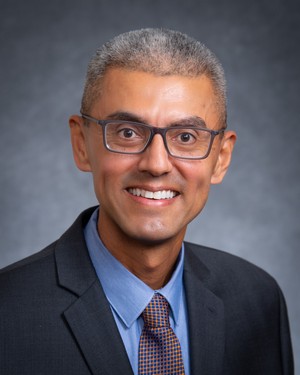 Mendez holds a Bachelor of Science in Computer Information Systems from California State University, Stanislaus and a Master’s in Public Policy from the University of Michigan. He was born in Patterson, grew up in Riverbank and has always considered Stanislaus County home. Raul is the youngest of five brothers (Rene, Miguel, Roberto, Pedro) who all hold Bachelor’s degrees from CSU, Stanislaus and Master’s degrees (Duke University, Ohio State University, California State University, Sacramento and George Washington University). They all have dedicated their careers to public service and credit their parents (Miguel and Aurora) who immigrated to the west side of Stanislaus County from Mexico in the 1960’s where they worked long hours in farming in order to provide for their children.

Raul is married to his college sweetheart Amy (a teacher with Modesto City Schools) and they have two children (Nicholas and Isabella) who both graduated from Thomas Downey High School (like mom) and are now pursuing degrees at Claremont McKenna College (pre-med) and Saint Mary’s College (education). The Mendez family enjoys an active lifestyle still playing tennis and now running, hiking and biking as well.

“It is a privilege to serve this wonderful community that has provided so much for me and my family.”